The survey reports give a snapshot of the data collected by the survey.

Each column in the response view survey report is associated with one of your survey's answers. It's a great way to get a quick view of the breakdown of which survey submissions are most popular. 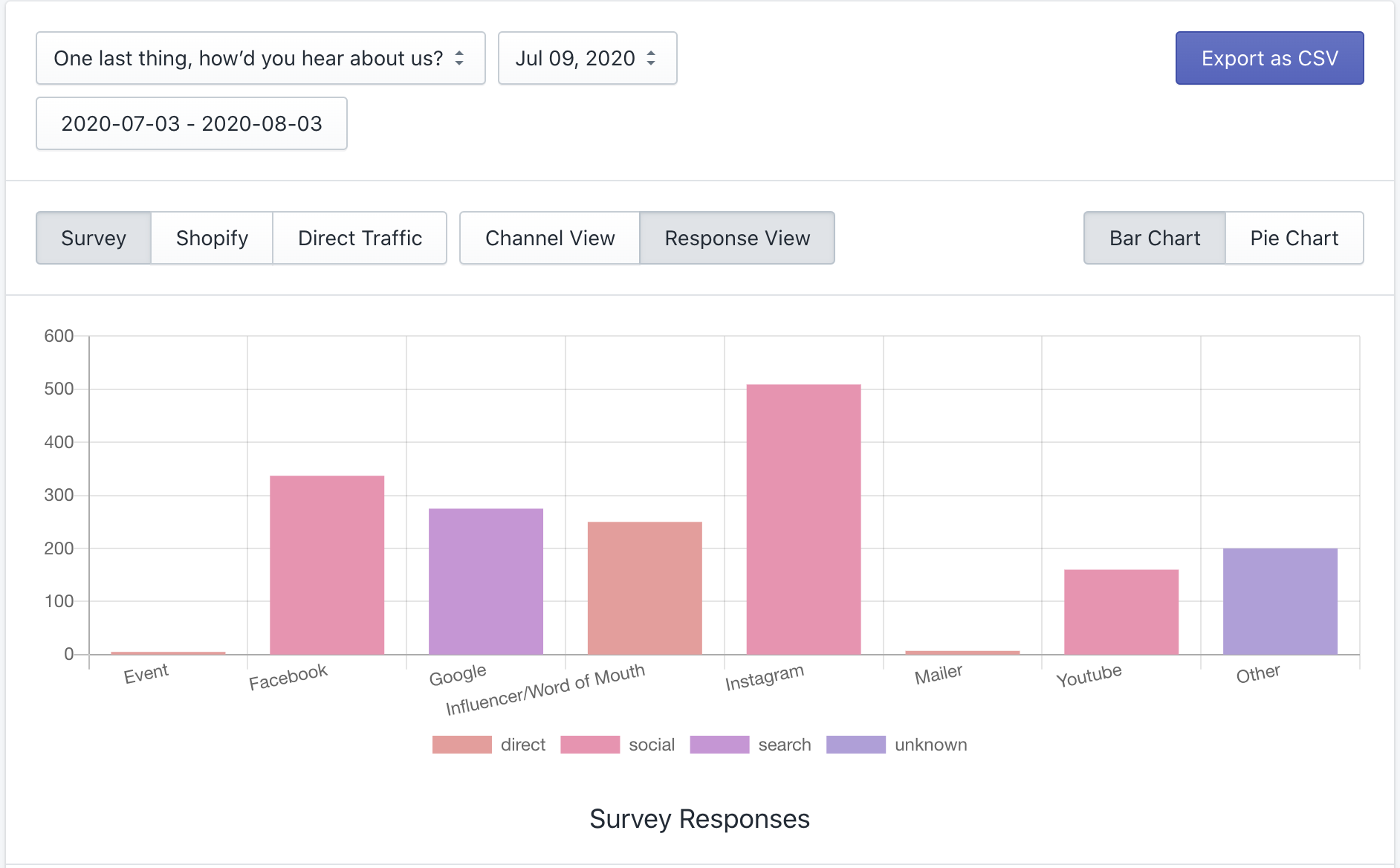 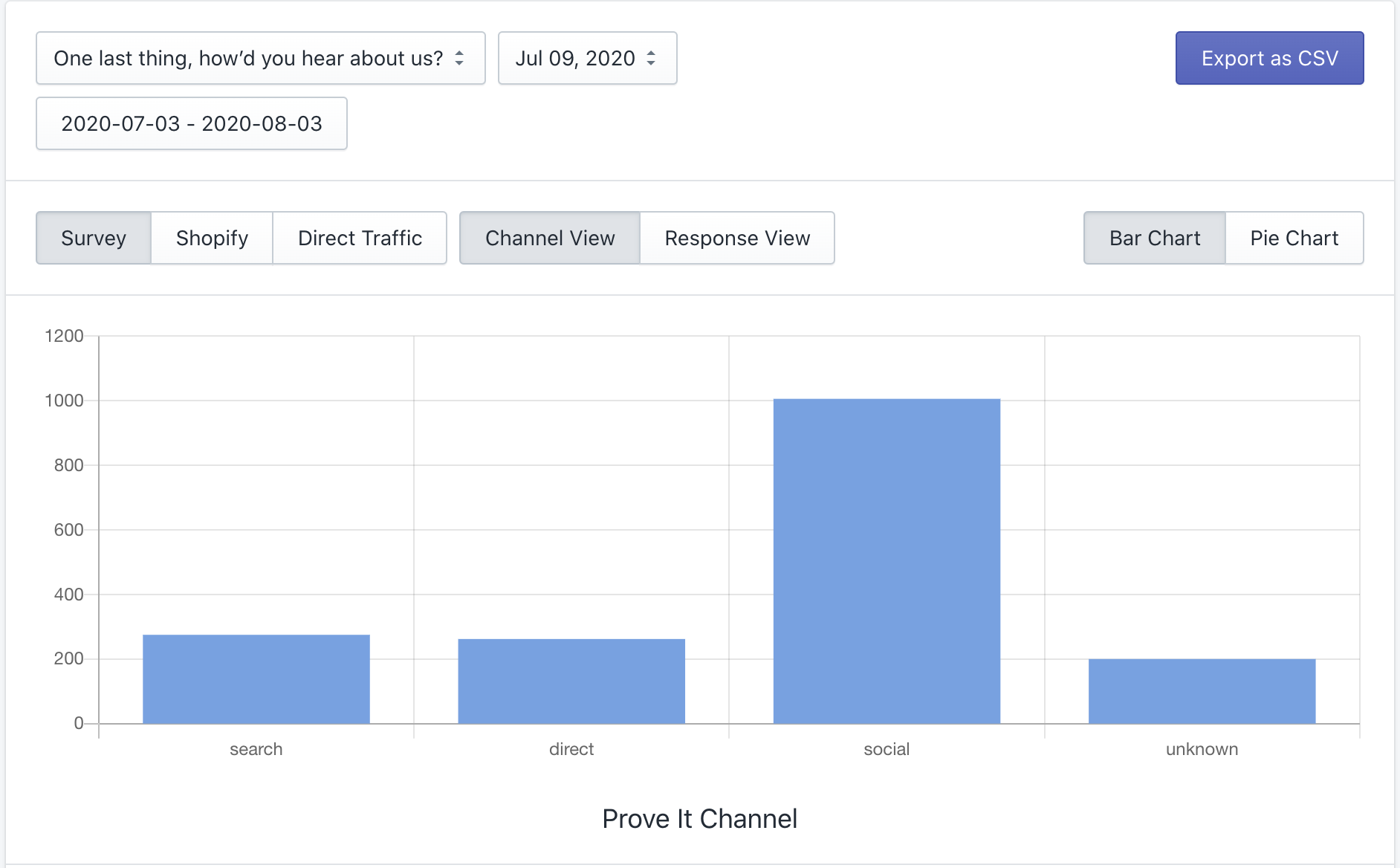 The “Shopify” report is designed for comparing your survey data against the attribution data recorded in Shopify.

Each column in the response view Shopify report is associated with one of your survey's answers. The columns are broken down by the marketing channel that has been credited with the conversion by Shopify's analytics. 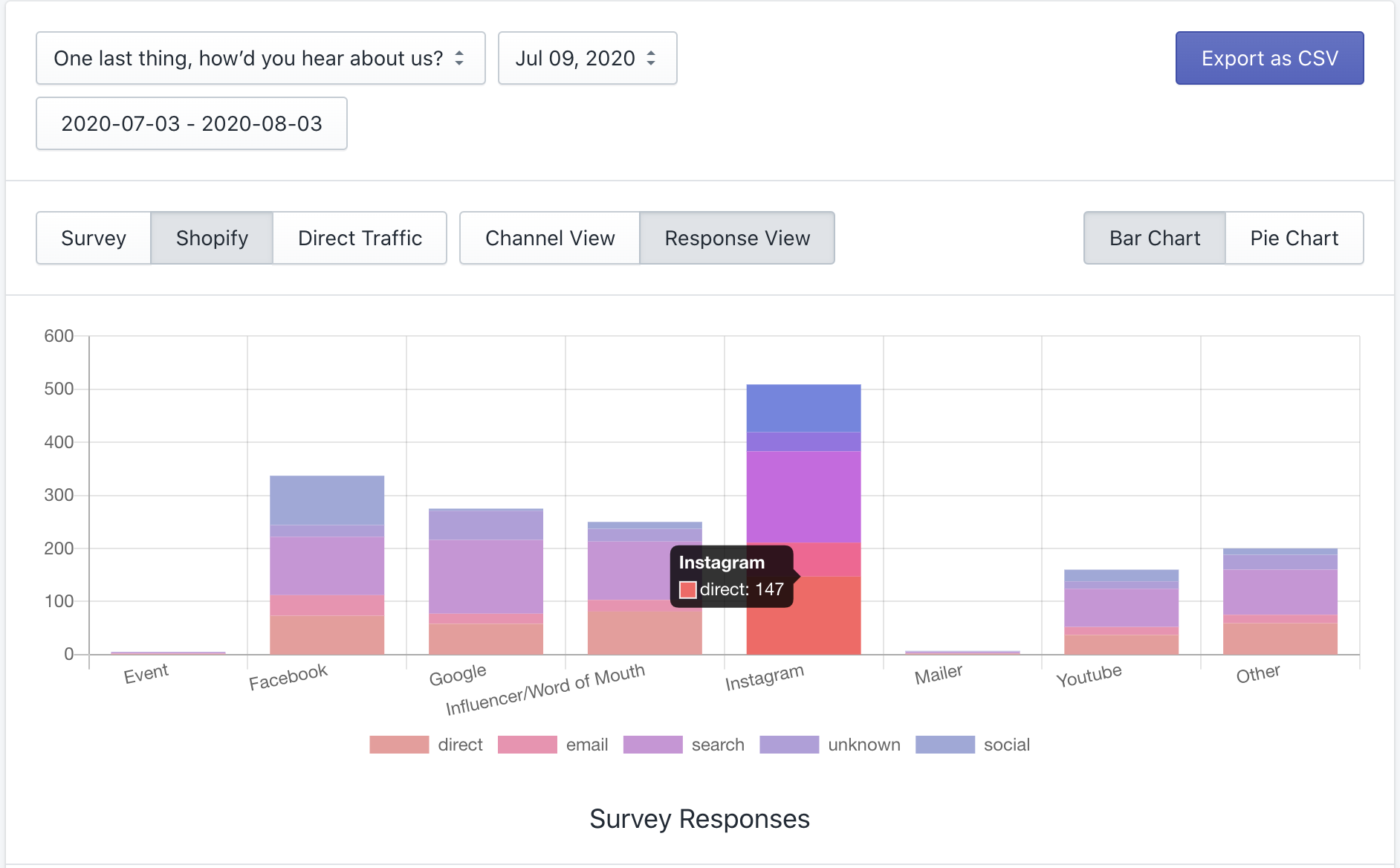 The channel view Shopify report shows a breakdown of the responses associated with each channel and compares the differences between Prove It survey attribution, and Shopify analytics attribution. 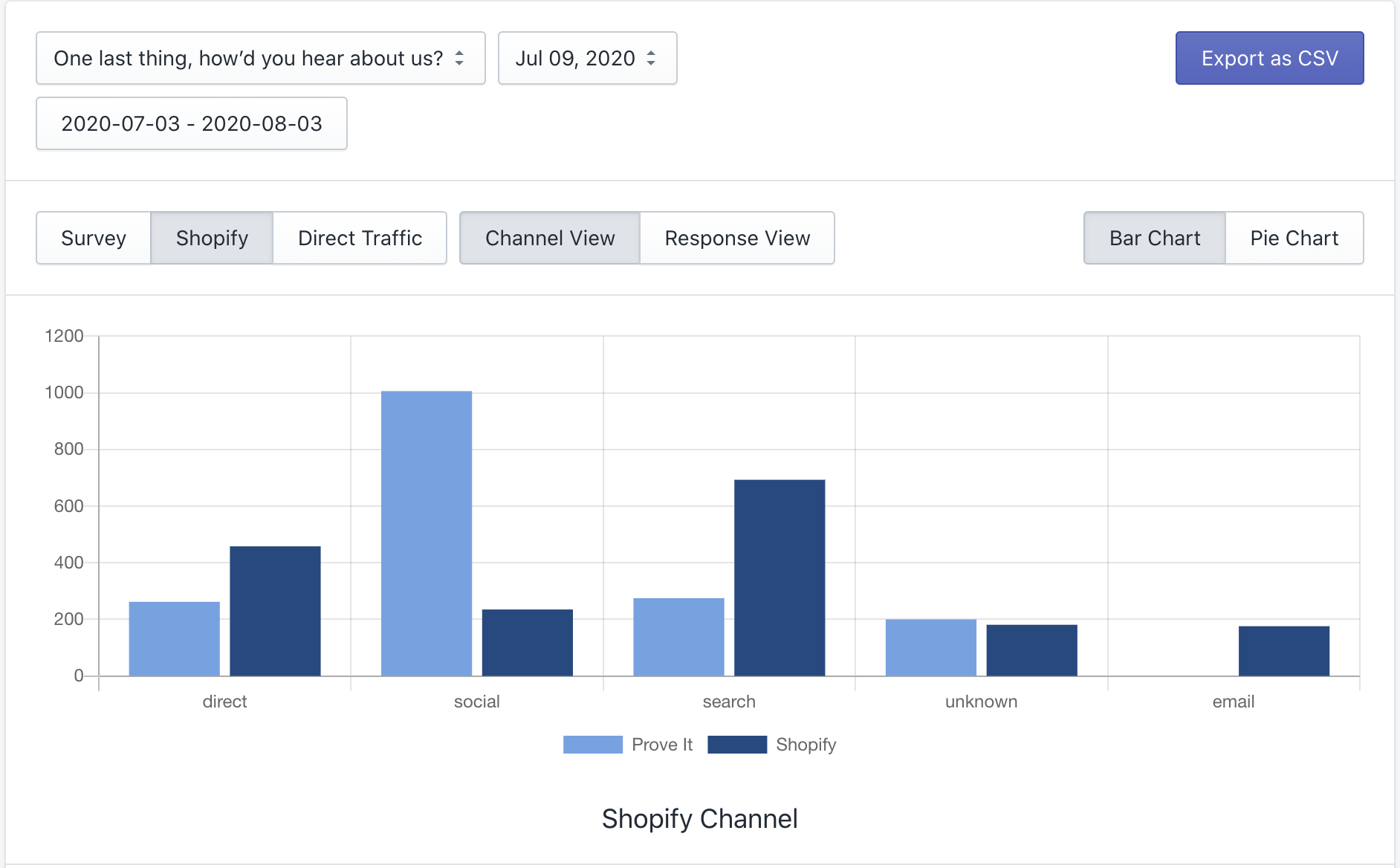 This report is only available on the Pro plan. The report looks at the survey responses and matches the answers against Shopify’s attribution to provide some insight into where your “direct traffic” is coming from. The report provides a pie chart and the ability to download a summary of the data in a csv file. 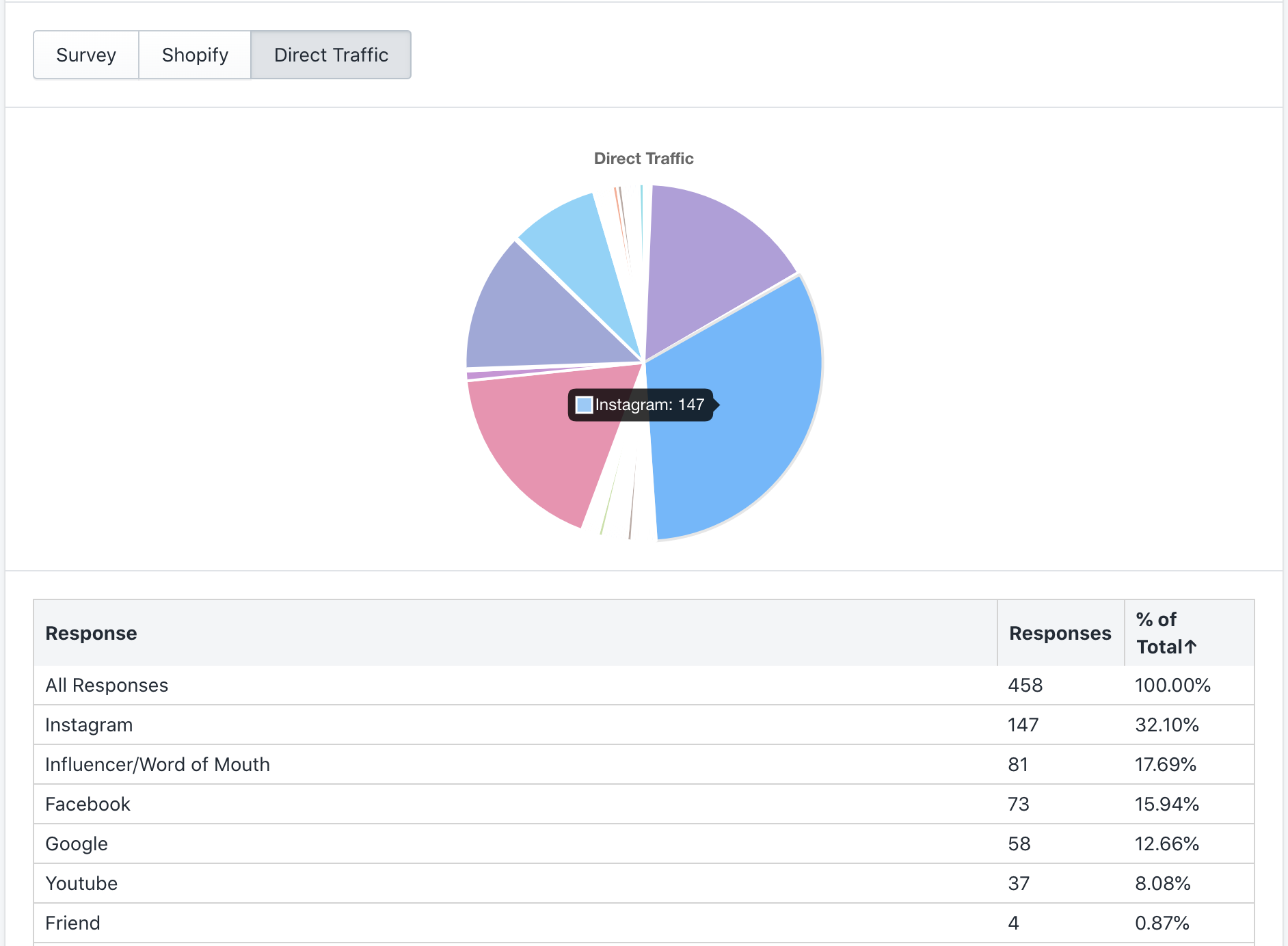